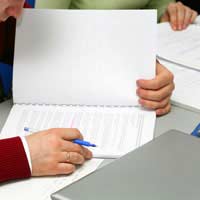 Throughout the years there has been much research done on dreams and dream analysis. It would be impossible to talk about all the research that has been performed or is currently being conducted, but here are just a few of those involved in dream analysis research:

The Dream and Nightmare Laboratory is located in Montreal’s Sacré-Coeur Hospital. They have been performing dream research since 1991. They focus on dream disturbances such as nightmares and treatment of dream-related health problems as well as training students and health care professionals in dream science. They also strive to educate the public on the importance of dreams and the part they play in our mental health and well-being.

Ariadne Green met Stanley Krippner when she entered Saybrook Institute to receive her doctorate in Philosophy of Psychology. Krippner served as her mentor as she began doing research on dreams, mythology, and shamanism. Ariadne came up with a shamanistic model of dream work, which she outlined in her book Ariadne’s Book of Dreams. She theorised that dreams came from three interior worlds: the upper world, the middle world, and the lower world. Animals come from the lower world and give spiritual power and healing to the dreamer.

Stanley Krippner has done much research on dreams, particularly the cross-cultural spiritual content of dreams. Before joining the Saybrook Institute, Stanley Krippner was the director of the Dream Laboratory at Maimonides Medical Centre in New York. The Dream Laboratory was launched by Montague Ullman in 1962. Many of the studies done at the laboratory involved REM sleep and telepathic transmission during sleep.

G. William “Bill” Domhoff has been studying and performing research on dreams since he was at the University of Miami in 1962. He wrote a book titled 'The Mystique of Dreams' in 1985 that disputed the belief that the Malaysian tribe the Senoi practiced dream control. For years, it was believed that the Senoi had better than average mental health because they controlled their dreams through practice. This theory was established by Kilton Stewart before World War II, but Domhoff discovered that while the Senoi are familiar with lucid dreaming, it is not to the degree Stewart believed it was. He also discovered that Stewart did not speak the Senoi language and only spent a few weeks with them before writing his account of their dream theory.

Domhoff has also conducted quantitative studies on cross-cultural dream content, the consistency of dreams over the years, and the relationship between dreams and waking thoughts.

No article on dream analysis research would be complete without including Sigmund Freud. Often called the Father of Dream Analysis, he brought the study to a new level with the publication of his 1900 book, 'Interpretation of Dreams'.

Freud conducted dream research based on psychoanalysis sessions with patients. Freud even researched his own dreams. Upon the death of his father, he had a series of dreams that revealed to him that while he loved and admired his father, he also had contrasting feelings of hate and shame for him as well. Freud realised that while he was young, he had fantasised that his much older half brother Philip was his father. He theorised that this fantasy, along with other signs, meant he wished his real father dead so he could be the soul recipient of his mother’s affections. This theory, in part, was the basis for his theory of the Oedipus complex.

There is no doubt that scientists will continue to perform research in the area of dreams and dream analysis. Our dreams are so closely tied to our subconscious and conscious, that researchers continue to be curious as to why we dream what we do and how they affects us both mentally and physically.

The History And Use Of The Dream Catcher
Share Your Story, Join the Discussion or Seek Advice..
I have been practising lucid dreaming for almost a decade, I also have the most vivid dreams and my recall is great, emotions, smells, colours, even pain. I'd be more than happy to help with any studies.Dreams have fascinated me since I was a child, I've been able to overcome nightmares, I've met other 'beings' in my dreams, Human like but not of this plain of existence.
Dannii - 15-Mar-11 @ 5:23 PM
Title:
(never shown)
Firstname:
(never shown)
Surname:
(never shown)
Email:
(never shown)
Nickname:
(shown)
Comment:
Validate: