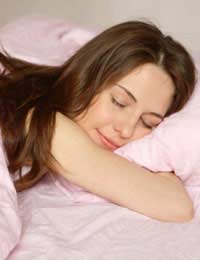 Dreams are fascinating things. Man has wondered for centuries about dreams and what dreams mean. There has also been much research into dreaming –when it occurs, why we dream what we do, etc. But, for all the wondering and research, there is still so much we do not know about dreams. However, here are a few facts we do know:

1. Researchers have discovered that each of us have at least four or five dreams a night. The dream state may last between one and two hours. If someone says they do not dream, they simply cannot remember their dreams.

2. We spend approximately a third of our life sleeping. Over an average lifetime, that equals to about six years of dreaming.

3. Mary Shelley claimed the story idea for Frankenstein came from a dream she had.

4. People who have been blind all their lives still dream. But, their dreams are formed based on their four other senses (touch, smell, taste, and sound).

5. One of the earliest forms of dream analysis was performed by the Romans. Dreams were often submitted to the Roman Senate for interpretation. The Romans thought their dreams were messages from the gods.

7. Studies have shown that while women dream equally of women and men, men tend to dream about other men more frequently than they dream about women.

8. If you awake right after REM sleep, you may be able to recall your dream more vividly than someone who has slept through to the morning.

9. Until the age of three or four, children do not appear in their own dreams. Children will not have what we view as adult-like dreams until they reach the age of 8 or 9. And, nightmares are very common in childhood.

10. You cannot be dreaming if you are snoring.

11. Polls show that up to 67% of Americans have had déjà vu while dreaming, with more women than men having had a dream of déjà vu.

12. The five most common dreams are that of falling, being chased, our teeth falling out, being back in school, and your spouse cheating on you.

13. At some point, someone started the rumour that if you dream that you die or hit the ground while falling in a dream, you will actually die in your sleep. This is an old wife’s tale – dreaming neither of these will kill you.

14. A 1980 study showed that 42% of people felt they had had a dream about something that later came true.

15. Dreaming is necessary. If people are prevented from dreaming, they can suffer from personality disorders and psychological problems.

16. It is estimated that about 50% of our dream content is forgotten only five minutes after waking.

17. Humans are not the only ones who dream. Many animals dream and scientists believe that all mammals dream.

18. Studies have shown that our dreams may be strongest when we are in REM sleep, the point at which our brain activity is most like that when we are awake.

19. Studies have shown that as many as 70% of all females and 65% of all males have had reoccurring dreams.

20. Alcohol, prescription drugs, and even certain types of foods can cause nightmares.