Home > Ask Our Experts > What Triggers Dreams About Being Attacked?

What Triggers Dreams About Being Attacked? 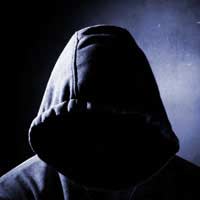 Can you explain what triggers dreams/nightmares about being attacked (and also mess and clutter)?

I am 78 yrs old and have had recurring dreams such as these for over 20 years and am now seeking some clarification.

Dreaming of being attacked is actually quite common. In some cases, people who suffer from post traumatic stress disorder or some other type of anxiety ailment due to an actual physical attack may dream of being attacked as their psyche still tries to deal with the incident.

More than likely though, a dream of being attacked is generally triggered by the suppression or fear of something going on in your life. While in your dream, you may be attacked by any number of things – a man, a monster, or a wild animal – but, what is actually attacking you is some disturbing area in your life that you may not notice or may think you have under control during waking hours. When we don’t openly acknowledge our fears, they show up in our dreams, where our minds are much freer and open to feelings.

Look at all aspects of your life and try to pinpoint the area of stress. You say you have had this dream off and on for 20 years. Go back 20 years and see what was going on in your life. Did you retire when you were 58? If you did, was it of your own free will or were you forced to due to an illness? Or, had you ever worked outside the home? Maybe you felt guilty and less than useful being a homemaker. It may be that at 58, you were re-examining your youth and realized you missed out on something – getting married, having children, having a career.

And, it may be that at 58, you began to realize that your body was getting older and time was no longer on your side. Many of us think when we are young that we will never get old, but in your forties and fifties, you really begin to notice physical and mental changes and realize that age is creeping up on you.

If the anxiety that goes with aging is not dealt with, but only suppressed, what is “attacking” you in your dreams is the fear of getting older and eventually death. The dreams of clutter and mess could be that you feel if you died today, there would be areas that would be left in chaos, where it is something physical like the clutter in your home or mental like having a will or telling people you love them.

If that is the case, you may want to seek counseling. Twenty years is a long time to have reoccurring dreams and it may take a professional to help you deal with the issues. If you cannot afford counseling, talk to family and friends about this anxiety and try to come to terms with it. Meditate on seeking peace with this problem each night before you go to sleep. Recognize the anxiety, but concentrate on not allowing it to creep into your dreams anymore.

Constant Dreams of Adultery: What Does this Mean?

Why Would My Girlfriend Dream of Her Ex?